← more from
Lost And Lonesome 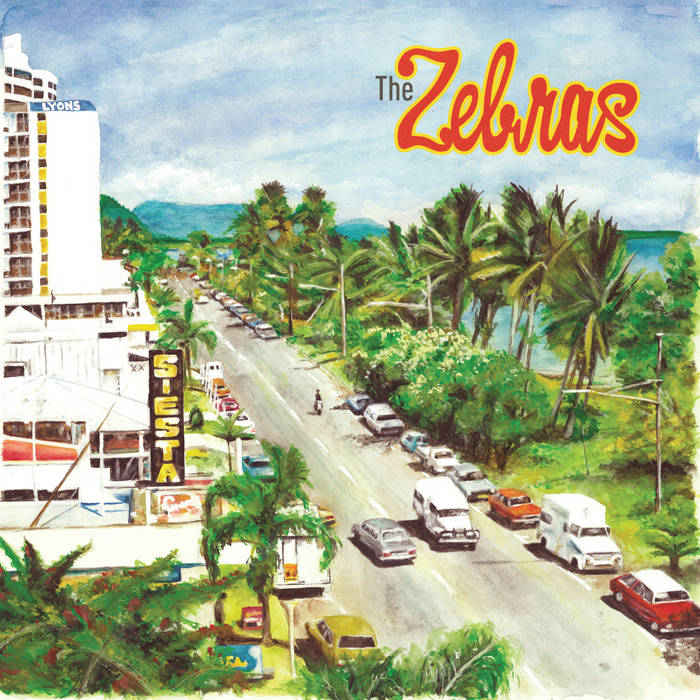 Customers in the USA — pick up the CD and vinyl LP from www.jigsaw-records.com

Six years since we last heaped praise on them in a press release, one of our all-time favourite bands The Zebras re-emerge and exhale something that closely resembles a killer album.

Siesta derives its title from the hotel depicted on the album's cover art – a mock postcard from Cairns, the regional Queensland town where The Zebras' founding members grew up and where chief songwriter Jeremy Cole has largely drawn on for inspiration this time 'round.

And though, thematically, this is a set of reflections on a youth misspent soaking up the lazy vibes in the tropical north, musically, Siesta is no lying down matter.

Rich with all the jangle, driving bass and sublime hooks that filled their first two albums and 2008’s New Ways of Risking Our Lives EP, Siesta also heralds a considerable leap ahead in The Zebras’ evolution.

Bassist Edwina Ewins’ vocal is pushed to the fore on many songs, front and centre among the album’s high-gloss production — first single 'Try' is a perfect example of this.

Synth player Katie Geppert, drummer Dave Rose and guitarist Lachlan Franklin (formerly of The Smallgoods) fill out The Zebras circa-2014 line-up; Franklin's track, the cheeky 'High Art' is the band's first to be penned by anyone but Cole since their early-noughties inception, and it is indeed a highlight among many here.

Adding even more fire power, Cole has called on the hyper-pop expertise of Lachlan’s brother, Architecture in Helsinki’s Gus Franklin to preside over the final mixes; the result is an album Cole has always wanted to make but never quite had the nerve.

Bandcamp Daily  your guide to the world of Bandcamp